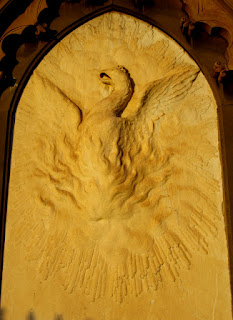 This post is my response to a prompt from Write On Edge to write about either the Phoenix (legendary firebird), or the Phoenix (the constellation).  I decided to combine them.  I hope you enjoyed Ember's story - please take a minute to leave a comment to tell me what you think!