A house isn't a home until the kitchen is established. The baking dishes tucked into their cupboard, the dishes stacked neatly, the silverware drawer filled with its gleaming contents.

Jacob stood in the center of the bright, sunny kitchen and stared at the waiting cupboards and drawers.  The empty counter tops were a blank canvas just waiting for the imprint of their new owners. It was intimidating; he couldn't help feeling like the kitchen expected something from him.

"Oh boy." He turned in a slow circle, fighting to breath deep and slow.  It was working until he saw the stack of neatly packed boxes in the corner. They seemed to be waiting impatiently to have their contents removed, and he could feel his heartbeat accelerate.

"A house isn't a home until the kitchen is established."

Laney said that every time they moved - and they'd moved a lot in the last twenty-five years. The Navy had given him a great career and a good life, and in exchange he and his wife had packed up their home without complaint.

The first thing his wife did in every new place, no matter how big or small, regardless of the state or country, was unpack the kitchen and get all of her baking and cooking tools organized.  She had it down to a science.

He hadn't studied that science.  Laney had always handled this part, and he'd never paid that much attention. No matter how different each house or apartment was from the last one, he'd never had to search for anything.  It hadn't occurred to him that a significant amount of work might have gone into making that possible...until now.

Complicating matters was another detail: this was the first permanent home they'd ever had.  Now that he was retired, the Navy wouldn't be moving them again.  It had to be perfect, he wanted it to be perfect.

"Alright, let's get this show on the road," he muttered, squaring his shoulders.  "You survived Boot Camp, training, deployments, and retirement.  You can do this."

Moving with the purpose his training had instilled in him, Jacob opened the top box. Glasses.

He pulled two glasses out of their honeycomb packaging and turned back to the waiting kitchen. Indecision held him in place while he scanned the cupboards and tried to decide where they should go.

Finally, he opened the cupboard next to the sink and slide the glasses in.

Jacob stepped back and looked at the two glasses. A sigh of relief escaped, and his shoulders relaxed from the unconscious parade stance he'd taken.  A glance at his watch reminded him that he only had a few hours before he needed to leave. He moved quickly to empty the boxes and fill the cupboards.

Laney wouldn't have the energy to do this when he brought her home from her chemo treatment, but with the kitchen established he'd be able to make the tea and cookies she swore settled her stomach.  She'd be home, and so would he. 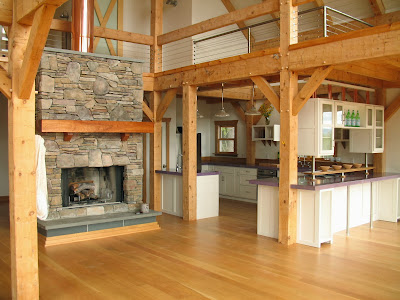 This is my post for this week's prompt from Write On Edge. We've moved a lot.  Not because we're in the military (although our oldest son IS in the Navy), but because we rent, and our lives have been pretty mobile.  The kitchen is always the first room to get unpacked - it just doesn't feel like our home until that little job is done, because the kitchen is the heart of our family life.

What about you?  What room in your house is the center of life?  If/When you have moved, is that the room you set up first?

Thank you for visiting - please tell me what you think in the comments!