The table was a long oval, with tall chairs evenly spaced around and a gap at one end so everyone seated could see the flat screen mounted to the wall at the end of the room.  A wall of windows showcased an enviable view of the city far below, and a modern skyline.

Jessica scanned the table and smiled.  Every business meeting was the same, regardless of the business being discussed.

Satisfied that everything was ready, she moved to the sideboard and checked the carafe and water pitcher. Nothing would be served until the meeting was well underway, but she liked to be sure that the coffee was strong and hot, and the water ice cold.

Voices in the hallway alerted her just before the door opened.  Mr. Bracken was the first through the door, shooting her a tight smile and a barely perceptible wink before he moved to the seat at the head of the table and waved the other men through.

The three men who followed were dressed in nearly identical suits.  The only variation was in the ties they wore, and even those were similar enough that they'd probably been bought at the same store.

"Gentlemen, please have a seat."  Mr. Bracken waved the men to three seats facing the windows.  Jessica knew it was deliberate; in the next thirty minutes the sun would be setting, and that light would come through at an angle that would have them squinting through the rest of the meeting.  Her boss, and the owner of the multi-billion dollar company he'd founded, was a canny operator.

The men - Jessica had named them the Three Little Pigs in her mind - sat at the table and leaned back, confidence in every line of their careful body language.

"Mr. Bracken, let's get down to business." The first to speak, and the clear leader of the little group, she'd named Straw for his blond hair.

"Our company is a valuable property, one we believe will provide an essential service to your corporation..."

Straw continued, but Jessica tuned him out to focus on what wasn't being said.

Between the three of them, Jessica pieced together a fairly clear picture of the business they were hoping sell.  A clearer picture than they'd have painted themselves, certainly.  The men ignored her; they'd taken her for a secretary or assistant of some sort: barely step up from furniture and not worth noticing.

Even if someone happened to glance her way, the invisibility of the virtual keyboard ensured that their suspicions wouldn't be raised.  With a final tap, she sent the information she'd gleaned to the smart watch on her boss's wrist.

As the sales pitch wound down, Mr. Bracken leaned forward .  She didn't need her ability to read minds to know that there was going to be blood in the water, and very soon.

"Gentlemen, let's be honest here; your company is in trouble.  Big, expensive trouble."  His flat statement had an immediate effect, as did the details of their troubles he followed up with.

"Sir, I'm not sure where you've received your information from..."  The second of the three, Twig for his long thin arms, sat forward with a concerned frown as Straw voiced his objections.

Jessica didn't bother sorting through the maelstrom of thought her boss had created.  It wouldn't be useful anyway, not with the three of them panicked...

Wait, not all three of them had panicked.  She looked around at the table.

She concentrated on the big man, focusing on him and blocking the others.  When she hit a mental wall she had to smile - she had named him Brick, after all.

"We weren't aware that you employed a sensitive, Mr. Bracken."  His voice was as solid as he was, and it stilled the other two instantly.

And that's why he is the one in charge, Jessica realized.  Not Straw, even if he is the CEO.  Brick is the power behind the throne.

When she turned back to her boss, she saw that he'd realized the same thing.

"I employ a great number of people, Mr. Craft.  Would you care to specify?"  His voice was smooth and unperturbed.  Jessica didn't feel quite so calm - in three years, she'd never been detected - but she took her cue from him.

"Ms. Jessica Winter, standing so attentively behind you.  Waiting to serve coffee, I believe."  His eyes met hers, and she felt a jolt of recognition.  Of the three, Brick had been the only one who hadn't made eye contact with her at some point.  Now she knew why.

"I'm not the only sensitive in the room, Mr. Craft.  Shall we have full disclosure then?"

She smiled and moved to bring the serving tray to the table as the other two turned to their business partner in shock and disbelief.  A little chaos and distrust served with a cup of strong coffee always moved a business deal along quickly, she'd found.

This post is a response to a writing prompt from The Daily Post -  "A mad scientist friend offers you a chip that would allow you to know what the people you’re talking to are thinking. The catch: you can’t turn it off. Do you accept the chip?"  I tossed the mad scientist (they're so hard to write dialogue for!), but kept the mind reading.

Let me know what you think in the comments, and be sure to follow the link to The Daily Post to read the other responses!

Mark had to admit the view from this spot was great.  He could see the entire valley below him: all the little creases and wrinkles carved out by ice and water and time.  There was a nice little breeze as well that kept the summer air from being too stifling for comfort.

Of course, after nine hours stuck halfway up a mountain, with night coming on quickly, it was starting to lose its appeal. 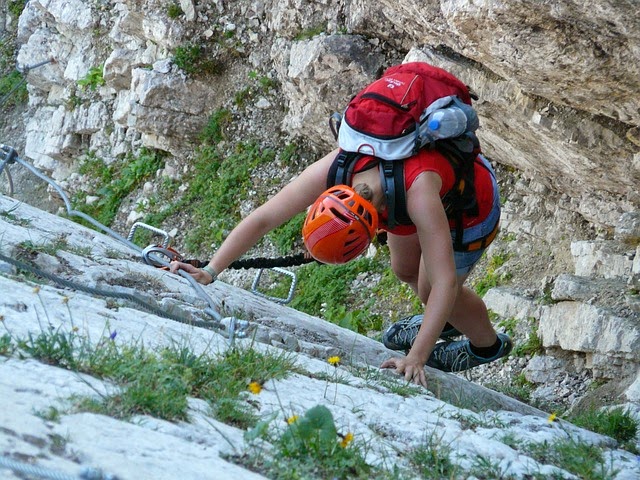 Another gust brushed past him, giving his clothes teasing tugs as it went.

The ledge supporting him wasn’t getting any narrower, he knew that on an intellectual level.  On a purely emotional level he was absolutely certain that it was half as wide as it had been in the beginning, and reducing every moment he stood balanced on it.

Mark pulled his cell phone out and glanced at the screen again.

The battery was going dead.

Worse, there was no reception.  No bars.  Not even a blip.

“What the hell is blocking the signal?” he muttered, “I’m on the side of a damn mountain, for God’s sake!”

He shoved the worthless thing back in his pocket and zipped it closed.

The answer to his problems.

Too far away to reach.

His stomach shivered and he was kind of glad he’d already gotten rid of the small breakfast he’d eaten that morning.

He looked down.  “No, definitely not.” The urge to close his eyes was strong, but he was pretty sure a long drop would follow giving in to that urge, with an abrupt stop at the end.

He’d already ruled out going to either side. The rock was completely smooth in both directions with no handholds, no footholds, no port in the very quiet storm he’d put himself in.

That was the only way, and it was out of reach.

Mark leaned back against the stone and watched the sun sink behind the rolling hills on the other side of the valley.  Any other time he’d have appreciated the brilliant red and orange glow cast on the clouds skipping overhead, but his preoccupation with gravity was monopolizing his attention.

Moving carefully, he turned to face the wall that had been cradling him all day.

He crouched as much as he could and measured the distance in his mind.  His muscles, stiff from so many hours of standing virtually immobile, protested.  He’d really only get one chance; if he missed, he’d be keeping that date with gravity.

“Right.”  He took a deep breath and steadied himself.

This is my response to a prompt from Tipsy Lit - the prompt was to write a story about taking a big risk.  As a person who is terribly afraid of heights, and yet has gone climbing, nothing is riskier to me than making that leap for a handhold that's just out of reach.  Let me know what you think in the comments, and be sure to follow the link below to read the other responses!