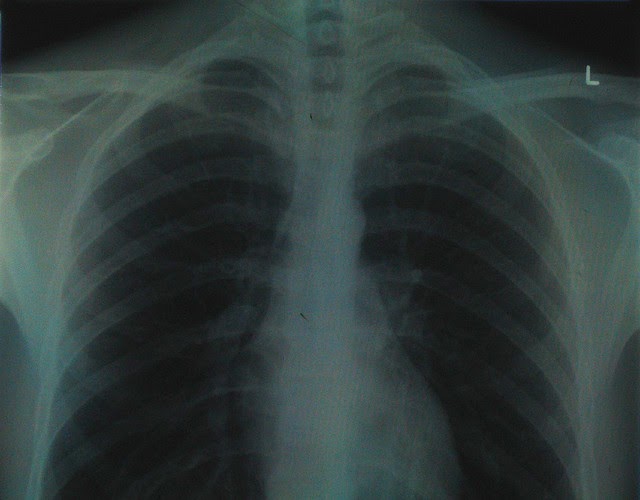 David fidgeted on the table and heard the paper he was sitting on rustle. The exam room was cold, but for some reason his ass always managed to be sweaty and stick to the damn paper. It was like all his worry centered on those two cheeks, and while the rest of his body froze they just got clammier.

He knew when he stood up the paper was going to come with him and he’d end up peeling it off.

Aggravation managed to replace anxiety for a few seconds, but it didn’t last. His mind zipped back to the reason he was sticking to the paper covering the exam table.

David had told his boss that Jenny was making him come to the doctor but he had to admit, to himself at least, that he was just as worried as his wife. The coughing fit he’d had a few nights ago had scared both of them, especially when he realized he’d coughed up a little blood.

He hadn’t told Jenny about that.

And he’d checked his life insurance policy with the HR department the next day.

His dad had coughed up blood, at the end. Every time David closed his eyes, he saw his dad in that hospital bed set up in the living room. The shriveled body, eyes glazed with pain, the hospice nurse hovering – it was on an endless loop in his head.

When the door opened, he forced himself to sound casual.

Dr. Marks gave him a smile and shook his head.  “Let me show you something, David.”

He slid an x-ray up on the viewing panel and David leaned in to get a closer look at his lungs.

“See this, right here?” The doctor used a capped pen to circle a bright spot on the film.

“A what?” David jerked back and stared at the doctor.

“A steel ball, about the size of a marble.  It’s been there a while, too.”

David looked back at the film and started to laugh.  “It’s my steely.”

Seeing the doctor’s confused look, he grinned.  “Back when I was eight years old, playing marbles was a big thing on the playground.  I put my steely – a steel ball bearing the size of a marble – in my mouth, and I accidentally swallowed it.  Choked on it, really.  Scared the crap out of the teacher.”  He leaned it to look at the film again, and laughed.  “I can’t believe it’s still in there!”

“For now, but it is going to have to come out before it causes any more trouble,” Dr. Marks told him.

David stood up and peeled the paper off his ass. Relief chased the images of his dad away and made him a little giddy.  “Just tell me when doc. ‘Til then, I guess I’m an honest-to-God man of steel!”

This is my response to a prompt from Light & Shade Challenge - their picture was an x-ray, but not of lungs, which is where my story led, and the word limit was 500.  I sneaked in under that with 498!  Thank you for stopping by, and PLEASE let me know what you think in the comments!

Also, a BIG THANK YOU to my cousin, Anna Beagley, for her amazing help with x-ray questions!
0 comments


Annika shivered in the cold air and watched the tiny shadow that was Russia slip below the waves. It was an optical illusion, but losing sight of her homeland as the ship sailed out into the open ocean chilled her more than any Siberian winter.

“We’ll be fine, Annika.  Better than, even.”  Evgeny turned her toward the warmth of the common room. Her husband believed what he said – he always did, even when reality failed to agree.

She refused to look back, or regret.

This post is a response to the Light & Shade Challenge - which was to write a 100 word response to the picture above.  A selection of Tchaikovsky's Nutcracker Suite was also offered, which is what led to the Russian connection for me.  100 words is HARD!  Tell me what you think in the comments below, and thank you for stopping by!
0 comments