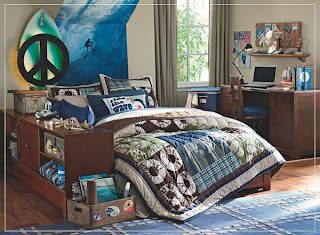 Ellen was packing up clothes her son had outgrown so she could take them to Goodwill when she realized she wouldn't be having any more babies.

That realization led to another: she'd never have a girl to go along with the name she'd picked out almost twenty years ago.

How did that happen? she wondered.  How was it possible that eighteen years could pass and leave her standing there, holding a pair of not-so-gently-worn jeans, trying to figure out where all that time had gone?

Ellen sat on the edge of her son's unmade bed and stared at the open closet, clutching the faded denim in her hands.  The legs of the jeans draped over her lap and onto the floor, illustrating the lanky legs that gave her son a six-inch advantage over her.

Next to the closet, where they'd been carelessly tossed before he'd left with her husband on their weekend camping trip, were his favorite pair of shoes--too precious to risk damaging in the woods.  The detritus of a teenage boy's life littered the room and told the story of his life and interests: a trumpet standing on its bell in front of a music stand, signed posters of his favorite bands tacked up wherever they fit on the walls, bits and pieces of things he'd picked up on various vacations to keep as souvenirs.

She and John had never made the decision to stop having children, it had just happened that way.  They'd been overjoyed when Eric had been born.  The months of preparation to make sure the nursery was exactly right, reading every book on pregnancy they could find, and buying entirely too many tiny articles of clothing for one baby to wear.  He was beautiful, and perfect, and loved.

They'd talked about having more, at least one more, but their lives were so full with Eric...and it always seemed like there would be more time.

Now, sitting in her son's room, holding clothes he'd outgrown, the last grain of sand dropped out of the hourglass.

I could have another baby, she thought.  I'm only forty-two; plenty of women have babies in their forties.  A half-formed thought of a baby girl with blonde curls and blue eyes made the idea seem sensible.  She could talk to John about it, maybe surprise him with a romantic weekend at the beach...

And then what?  She'd been twenty-four when Eric had been born, and the demands of motherhood had been exhausting then.  What would that be like now?  John just had knee surgery last year; he wouldn't be able to get down on the floor to play like he'd done when Eric was a toddler.

Would Eric feel like they were replacing him?  He'd be in college by then, and living away from home for the first time.  What would it be like for him to have his place in the home he'd grown up in suddenly filled by a baby...the newer, younger model?

Suddenly, the idea of another baby seemed selfish.

Ellen looked back down at the jeans in her lap, and the image of a blonde-haired, blue-eyed girl faded.  In her place was a tall, handsome young man who'd finally grown into his legs.  Standing next to him was a nice young woman, comfortably anonymous for now, with a tiny baby in her arms.

Grandchildren.  Babies to spoil and give back.  Bad advice and loud toys given in equal portion, freely and with a certain amount of wicked joy.

The tears that had been threatening to fall dried in the sunshine of a new dream and Ellen hurried to finish culling too-small clothes out of her son's closet.  She wanted to check the boxes of baby clothes in the attic and do some research on the internet on how to preserve them until she could pass them on.

As she stuffed clothes into garbage bags, it occurred to her that a romantic weekend at the beach with her husband was still a good idea; it was time for them to learn to be a couple again...a second honeymoon would be good for that.

Thoughts of sun, sand, and moonlight kisses followed her out of her son's room.


This post is in response to a prompt from Write On Edge to write about a season of change.  I'm at this point in my life, and those thoughts of roads not taken hit at the oddest times!  Thanks for stopping by - I appreciate your comments and critiques!