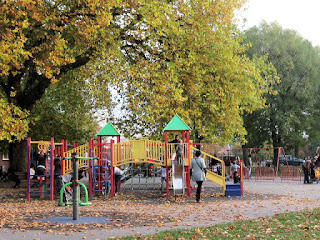 Bliss grinned as Margo’s daughter grabbed Emily’s hand and ran toward the play structure centered on a wide circle of shredded rubber mulch.  Emily was three, a year younger than her cousin, and the two girls could have passed for twins.
“Bliss, this playground is for big kids.  The girls need to go over to the smaller one.”

Her younger sister’s grip on little Taylor’s hand didn’t lessen, and Bliss knew she hadn’t convinced her to just let the kids play.  She and her sister were so different, especially when it came to how they handled their children.

Margo worried about nearly everything.  Bliss was starting to wonder if her nieces were going to need therapy, at the rate her sister was going.  Every time they arranged a play date, it took Emily’s cousin an hour to relax enough to actually play.  Taylor was worse—she wouldn’t let go of her mother’s hand at all, not even for a cookie.

Of course, Margo didn’t allow them to have cookies.  Sugar was evil, apparently.  Which was why Bliss smuggled them to the girls at every opportunity.
“Look, the sign clearly says it’s for children…”

The censure in Margo’s voice stiffened Bliss’s spine.  She turned toward her sister, but before she could say anything—exactly what she was going to say, she wasn’t sure—a wail sounded from the play structure.

Sometimes, she thought, being family is just not enough reason to let my kids play with their cousins.

This post is my response to a prompt from Write On Edge.  My friend, Amybeth, and I decided to try the synchronized option:  we wrote the same story, but from different viewpoints.  Please read Margo's point of view on Amybeth's blog HERE .  Please take a moment to comment on both, and thank you for reading!