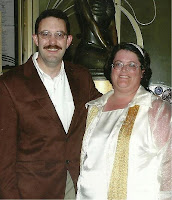 n my seat, trying to find a position that didn’t make my sunburn sing out in cascading notes of pain and, oddly, itching. Formal dinners weren’t my style in the first place, and the added discomfort of what my husband had taken to calling “the nuclear sunburn” didn’t help. Looking down, I could see the fiery color of my skin through the white silk pants and I realized I could actually feel heat radiating through the fabric.
The bay had been worth it, though. Floating in water so close to the temperature of my own skin – before the sunburn anyway – and feeling comfortable in my body for the first time in memory. Breath filled my lungs easily through the snorkel as I glided over the reef, trying to remember to blink once in a while behind my mask. There was so much to see and no way to see it all.
My size didn’t matter here; I was easily buoyed by the salt water and my self-consciously clumsy movements became graceful and easy. Diving deeper without effort, holding my breath as I arrowed toward an outcropping literally swimming in color, I fisted my hands to keep from reaching out to touch the vivid coral that had caught my eye.
“Honey, this tilapia is amazing! Have you tried it?”
The conversations around me rushed in like a cresting wave. I looked at my husband blankly for a moment and blinked. “Um, no. I’m not really in the mood for fish tonight.”
“Really? But fish is on your diet, isn’t it?”
I felt the color rise to my face, exacerbating the sunburn and making my forehead itch. “So is chicken, Dan. The chicken is really good tonight.” At least, I assumed it was. I’d eaten half of it but couldn’t remember what it tasted like.
Eating fish for dinner just didn’t seem right after the day on the reef. Watching the way the fish seemed to play one moment and be all business the next. I wondered if they were ever curious about the world outside the reef, or the humans who ventured near to stare and take pictures with their plastic-wrapped cameras.
Rising slowly to the surface, carefully exhaling to clear the snorkel on the way, I leveled out and continued along to sunken remains of a tank, its turret removed, lying on its side as it had landed. An artificial reef program, I remembered from somewhere. The sharp edges of the tank had already been blurred by the steady and inexorable encroachment of the reef, but the treads were still visible as they extended above the coral condos.
I paused over a brilliantly colored coral formation. Hanging in the water, rocked gently by the waves as they passed over and around me, the heat of the sun seemed to press me into the water. The longer I was still the more active the reef became. Fish, made bold by my lack of movement, came out of hiding and darted around. I smiled around my snorkel as a pair of scarlet fish chased each other around and through the arms of the coral.

Unable to resist, I reached out…and gasped as pain ran over my skin like a thousand knives.

“I’m so sorry!” the server gasped with me and backed away, holding the tray she’d bumped my sunburned shoulder with.

“It’s fine. I’m fine,” I assured her, and smiled self-consciously at the rest of the table, uncomfortably aware that I was now the center of attention. “So…did anyone else snorkel today?”