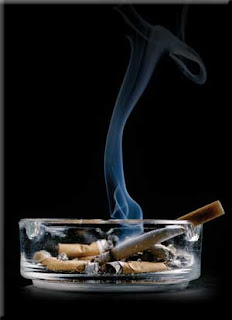 My grandparents lived in Rock Springs, a mining town in Wyoming.  Everyone who lived there had something to do with the mines, which meant nearly everyone of a certain age had an oxygen tank.  I thought it was a natural development – turn sixteen, get a driver’s license…turn sixty, get an oxygen tank.
Most of the homes didn’t seem to have men in them – just elderly women.  Sometimes, it was because the men were out (probably on purpose, to avoid the estrogen therapy about to take place), and sometimes they’d passed away, existing only in the pictures and odd knick-knacks kept as physical memories.
The women were always happy to see my grandma, and even happier to see me following along behind.  The spotless kitchens were always the same – towel hung from the handle of the stove, an empty dish drainer next to the sink, stair-stepped tubs holding flour, sugar and other staples pushed to the back of the counter, and a Formica table situated in the middle of the room.
The table would have matching salt and pepper shakers, a sugar bowl, and a clean ashtray neatly waiting at the center.  As my grandma got her curlers and setting lotion out, our hostess would pull the ashtray toward her and dig a colorful pouch out of her purse.  Inside the pouch was a pack of cigarettes and a lighter.  The first of many cigarettes would be lit, and the pouch and lighter would be laid next to the ash tray.
I would watch and listen as my grandma talked with her friend and combed setting lotion through thinning hair.  Between equal pulls on the cigarette and the oxygen next to the table, they’d discuss family and current events.  Each phrase was punctuated by a hiss and then a pop as the oxygen tank worked overtime to keep up with the demands of smoking and conversation.
Grandma would divide the hair into sections, and then quickly roll those sections onto pink and blue curlers.  With the ease of familiarity, she could set an entire head of hair in just a few minutes, and then pour a cup of coffee for herself and her friend from the blue enamel percolator on the stove top.  Stale butter cookies in a tin would be brought out, and I’d be given a glass of milk to go with the cookies I never ate.
When coffee was on the table, the current cigarette would be abandoned in the ash tray and pushed to the side.  Curls of blue-gray smoke would rise gently, form fluid shapes, and then disperse.  Hypnotized, I’d watch the shapes come and go as my grandma’s conversation drifted over my head, and the rhythmic hiss-pop from the oxygen tank slowed.
Once all the news and opinion had been exhausted, Grandma would rise to check on the curlers.  At a look from her I’d close the tin of cookies and put them back on the counter, and take the coffee cups and my glass to the sink to rinse out.  Behind me I could hear the curlers landing in the plastic tub; by the time I’d turned around a new cigarette would be lit. 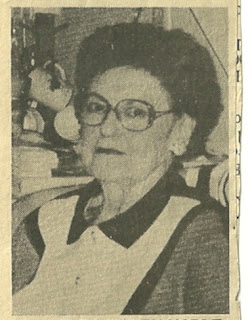 Each distinct curl – molded by the setting lotion and its time on the form of the curlers – would be carefully combed into its neighbor.  Some curls smoothed over others, some were guided under, and others were guided up to make a stylish flip at the nape.  Hairspray’s flammable, so as my grandma retrieved her jumbo can of Aqua Net, the cigarette would be crushed out into the full ash tray.
The hiss of the aerosol spray would join the hiss-pop of the oxygen for a moment, and I would empty the ash tray and wash it out.  As we left, Grandma’s friend would hand a bag of something to her as thanks – usually zucchini or tomatoes – and we would leave the sounds of the oxygen tank and the smell of cigarettes behind…until the next house.
This post is a response to a prompt from The Red Dress Club  - we were supposed to write about a memory inspired by the picture you see at the beginning of the post.  My dad's mother was the queen of helmet hair; on the weekends she'd go to the homes of ladies who were too sick to make it to a salon every week, and make sure their hair was done so they could go to church.  I was a teenager before I realized that an oxygen tank wasn’t handed out to everyone who turned sixty, and that lighting a cigarette around one was a bigger risk than the hairspray was.  As always, comments and critiques are welcome!