This is a continuation of an earlier post - Side-By-Side - you may want to read that post first if you haven't read it before, or if you'd like to refresh your memory of Sara and Abraham. 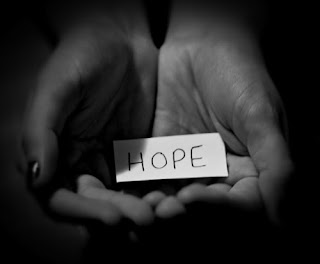 The house was quiet, but not peaceful.  Abraham felt the static of tightly wound nerves running over his skin and twisting his stomach.  He looked across the living room to where Sara was reading a book - or more accurately, a page.  He hadn't heard her flip to a new one in a while.  He took a breath and tried to settle his stomach, but the knots remained.
"Incoming!"  The loud ring tone from his cell phone startled both of them.  He looked at the number displayed and looked back up at Sara.  He didn't have to tell her who it was.
He took a deep breath, hoping his voice wouldn’t betray his nerves, "Hello?"
"Hi Abraham!  We're on our way over!"  The cheerful voice of Angela, their caseworker, bounced through the phone.
"Great, we’ll be waiting.  Do we need to do anything else?"
"Not a thing!  We've got everything taken care of.  I'll see you in a bit, OK?"
"OK.  See you in a bit," he murmured, and hit the button to disconnect the call.  "Sara, they're on the way.  Are you ready?"
She took a deep breath and put her book down.  "Just let me check the room."
Abraham followed his wife down the short hall to what had been a guestroom for most of their marriage.  The smell of fresh paint wasn't as strong as it had been, but it was still noticeable.  Sara had agonized over the colors for months - pastels or primary?  The furniture hadn't been any easier.  There were so many styles to choose from that in the end they'd decided that simple and sturdy would probably be best.
She walked through the room, fussing with the bedding and making sure everything was in its place.  There were no clothes in the dresser or the closet yet - Angela had suggested they wait on the more personal things.
Finally, when there was nothing left to straighten or fix, Sara turned to Abraham.  "I'm scared, Abe."
He sighed and felt his stomach unknot at her admission.  A quick step forward and she was in his arms, her head tucked under his chin and arms wrapped tight around his narrow waist.  "So am I, hon."
It had been a year – a year full of classes and counseling.  A year trying to come to terms with the death of their dream.  There would be no delighted phone call to report a positive test.  There would be no need to measure the gently expanding bump that signaled new life, or buy clothes that only served one purpose.  It had taken more strength and courage than either of them had known they had, to walk away from that dream and build a new one.
They held each other a few minutes longer, until he leaned back far enough to look into her face.  "Are you ready?"
She smiled and rubbed her cheeks, wet with tears, on his shirt.  "Absolutely!"
They walked down the hallway side-by-side, holding hands.  The doorbell rang and they looked at each other, reading anxiety and hope on each other's faces.  Abraham reached out and swung the door open.
"Well hi!" Angela bubbled, but Sara and Abraham didn't notice.  All their attention was focused on the other person on the porch.  Understanding, Angela smiled and turned to the thin nine-year-old next to her, "Isabelle, are you ready?"
Isabelle drew a deep breath and wished the butterflies in her stomach would calm down.  She looked from one smiling face to the other and felt the unfamiliar fluttering of hope join the butterflies.
"Absolutely!"

This post is a response to this week's prompt from The Red Dress Club - our assignment was to write a happy ending.  I decided that I wanted Sara and Abraham to have a happy ending, but I felt that they deserved more than one of those, "and all their dreams came true " endings.  Thanks for stopping in - I appreciate your comments and critiques!