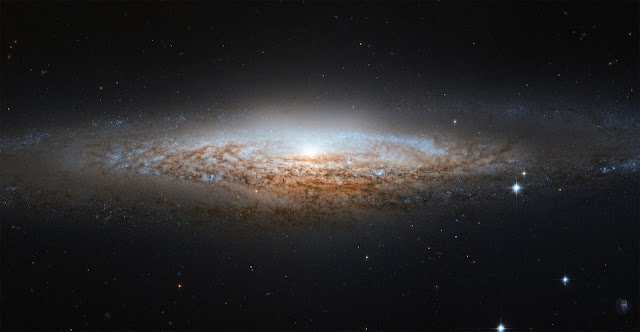 Whenever someone asked how he got stuck on a rock at the ass end of the galaxy, Chanx liked to tell them he'd gotten an offer he couldn't refuse.

Nobody ever got the reference, but he thought it was funny so he kept saying it.

Besides it was true. When he'd been convicted of doing...well, very bad things...the guy in the slick suit had given him an alternative to the permanent nap. Granted, this "offer" meant spending up to two years at a time taking a nap, but at least it wasn't permanent. The fact was, he wasn't really that fond of people, which was part of why he'd done those very bad things.

He wandered through to the room the engineers had laughingly called a "kitchen." Technically it was true. There was stuff that could be turned into food, if he felt like it. Mostly he didn't, so he ended up with the protein drinks the nutritionists had designed to refuel his system when he woke up. They didn't taste great, but food had never been his thing anyway.

It was the pilots who'd started calling him Gatekeeper and he'd decided he liked it. He was the gatekeeper to all those new worlds to replace the one they'd ruined. The pilots had the same deal he did: long naps in the cryo and protein shakes you try not to taste on the way down.

When they'd first sent him out to this rock they'd promised a comm system that would let him talk to Earth and the other colonies as they got set up. A way to stay connected. Never happened. There were reasons, but it didn't change the fact that he was on his own on a rock at the ass end of the galaxy.

The cryo clock was always the first thing he checked when he woke up.

At first the elapsed time was usually just a few months. The colony ships had been regular then, and they'd brought all the old movies and books. The books he ignored at first, but the movies he'd devoured.


It had been three hundred and sixty-two years since the last ship.

Two years of his time, since it took two days to reset the cryo after it woke him up. Those engineers had never been able to figure out how to get the units to run longer than two years without a reset. He wasn't sure if he was glad they hadn't figured it out, or not. It was one of those two-edged sword things.

Chanx had been trying not to think about it, but that cryo clock was always the first thing he checked when he woke up. It was a habit he couldn't shake, and it was driving him crazy.


No ships for more than three hundred years. In either direction.

It had to mean something, he just couldn't figure out what it was.

He reached for the tall cup and forced himself to take a long drink before he turned around to check the cryo clock. This was a game he'd started playing with himself after the first century. So far the longest he'd made it before he couldn't resist looking was an hour.

Three hundred and sixty-four. He knew that's what it would say. Another two years without a ship, without word, without contact. It was driving him crazy.

When he couldn't stand it any more he turned around to check the clock.

A ship was coming.

He slapped the cup down on the counter and headed for the living area. Showers had become optional after the first half century or so - what was the point when there weren't any ships? - and he was pretty sure he didn't smell that great.

A spin through the ultrasonic shower knocked the worst of the smell off, but the jumper he'd worn was a total loss and went directly into the recycle bin. After he'd slid into the first clean jumper he'd bothered with in a couple of centuries he felt almost human.

The first thing he needed to do was set up some food and drinks. The ships wake the pilots up a day before they get to the gate that'll shoot them whichever way they were headed. The one thing they all wanted, more than anything else, was something that tasted like real food.

They liked the basics: something that looked and tasted like beer, and a variety of things to eat that tasted like anything but a protein shake. He hit the menu on storage and retrieval system.

The mechanical voice was incredibly loud after so many years of silence. Chanx stumbled back a few steps in surprise.

Chanx stepped back to the display and pulled up the message history.

Message after message sent out, requesting a shipment of stores and supplies. Messages no one had ever responded to.

That's why the cryo system had woken him up. There was no ship. For all he knew, there weren't anymore people, either.

He picked up the shake and stared into it.


The Gatekeeper, that's what they'd called him for over seven hundred years. They'd changed him, out here on this rock. They'd made him see other people as something to value. They'd made him dependent on human contact.


He downed the shake in on long gulp and headed back to the cryo unit and pulled the cover shut.

An offer he couldn't refuse.

It occurred to him that movie hadn't had much of a happy ending, either.